In patients who have recently been diagnosed with cancer, time is often of the essence with respect to their cancer care plan. Furthermore, many life-saving cancer treatments, such as chemotherapy and radiation, pose a significant risk to a patient’s fertility potential, which could make it difficult for them to have a biological child later in their life. These treatments can damage both eggs and sperm in terms of quantity and quality.
For this reason, those who wish to pursue fertility treatment or preservation alongside cancer treatment often need to start treatment very soon after the initial diagnosis.

The practice of treating and planning future reproductive concerns in a patient with known cancer is known as oncofertility. One strategy used in this area of medicine is to preserve reproductive tissue before exposure to radiation, chemotherapy, or surgery that is meant to remove reproductive tissue. The most common approach in preserving tissue is called cryopreservation and vitrification, which involves treating tissues with cryoprotective agents and then rapidly freezing them at very low temperatures. The cryoprotective agents help to retain the tissue’s stability during freezing and thawing.

Fertility preservation for female patients is also known as egg freezing. In egg freezing, the preparation process shares some similarities with traditional in vitro fertilization (IVF) in that patients self-administer fertility medications that will stimulate their ovaries, causing them to grow and mature several eggs at once. During this time, the patient’s ovaries are carefully monitored for egg development. Once the eggs are ready, the patient undergoes egg retrieval, a relatively quick procedure in which the eggs are collected directly from the ovarian follicles using an aspirating needle. The eggs are then frozen and stored until ready for future use.

The entire process can take several weeks to complete, which can have an impact on a patient’s cancer treatment timeline. It is crucial that female patients think and talk about fertility preservation with their oncology team as soon as possible when planning their cancer care plan.

Fertility preservation for men is also known as sperm freezing. Unlike egg freezing, it is a fairly simple process for patients that can be completed relatively quickly. It also rarely causes the need to delay cancer treatment.

In sperm freezing, male patients provide an adequate semen sample, typically through masturbation. To ensure the sample contains strong, healthy sperm, patients are advised to abstain from all forms of ejaculation for two to three days before depositing their sample. This is most often done at the clinic, but can also be done at home. When collecting a semen sample at home, it’s important that the sample be delivered to the clinic within 1-2 hours of ejaculation. This ensures that the sample will contain a higher number of living sperm cells. Once in the laboratory, the sperm are placed in a freezing solution and frozen in small vials.

For those in a committed relationship or those who have a clear “genetic” plan for their future offspring, embryo freezing is preferable to both egg freezing and sperm freezing. Embryo freezing is a fertility preservation technique that involves freezing a developed embryo, rather than as separate gametes (sperm and egg). Embryos are created via IVF — that is, sperm and eggs are collected from the patient and their partner or donor and combined in a laboratory. The sperm fertilizes the egg so that an embryo can develop. Once developed, instead of transferring the embryo into a uterus, the embryo is frozen using the same vitrification technology as egg and sperm freezing. These embryos can be stored indefinitely until the patient is ready.

When it comes to preserving fertility in the face of cancer, time is of the essence. Contact Aspire Houston Fertility Institute today to get started on the path to preserving your fertility. We have helped cancer patients across the entire Houston metro area, including The Woodlands, Sugar Land, Baytown, Conroe, Galveston, and beyond.

The Role of Genetic Testing in IVF

Posted in Fertility Treatments and Services • April 5th, 2022 • by

When it comes to fertility care, the primary goal is to give aspiring parents the best possible chance of having a … Read More

When it comes to fertility care, the primary goal is to give aspiring parents th… Read More 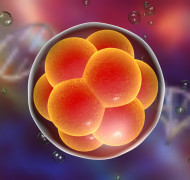 The Role of Genetic Testing in IVF

Posted in Fertility Treatments and Services • April 5th, 2022
by

When it comes to fertility care, the primary goal is to give aspiring parents th… Read More

Five Facts About Egg Freezing That You Should Know

Egg freezing, also commonly referred to as fertility preservation, provides women with an opportunity that was not … Read More 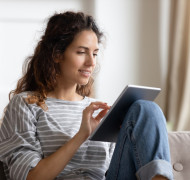 Five Facts About Egg Freezing That You Should Know

Posted in Fertility Treatments and Services • June 30th, 2022
by

Aspire Houston Fertility Institute meets every family where they are. As part of our commitment to improving the fertility journey every step of the way, our blog offers patients a treasure trove of information about fertility health and wellness as well as important announcements from our team. Check back frequently for the latest news and insights from Aspire Houston Fertility Institute.

Built by patients, for patients

Contact us today if you’re ready to take the next step in your fertility journey.