What to Expect After Tubal Ligation Surgery

As a fertility specialist, one of the most common questions comes from my patients who have undergone a tubal ligation or occlusion surgery. Many patients would like to know what to expect after tubal ligation surgery. This month, I will briefly discuss available fertility options as well as pros and cons of each treatment modalities.

Tubal sterilization remains to be one of the most popular forms of contraception worldwide with about 0.6 million women undergoing the procedure annually in the US alone. However, about 12% of women come to regret their decision and ultimately explore tubal reversal options for various reasons. Amongst younger population less than 30 years of age, post-sterilization regret can be as high as 1 in 5 women.

Tubal ligation is considered to be permanent. However, when pursued with the right options, there can be a high likelihood of pregnancy after tubal ligation. I always counsel the patients that a woman has two options of achieving pregnancy: tubal reversal surgery or in-vitro fertilization (IVF).

Via microsurgical techniques, tubal reversal surgery restores the patency of the fallopian tubes. This treatment makes becoming pregnant after tubal ligation a possibility for many women. Your surgeon will remove the area of prior tubal damage or occlusion and re-approximate the two tubal ends carefully using fine sutures. If successful, couples are often able to conceive naturally without any help from fertility medications. In carefully selected patient pool, it can be considered to be a more cost-effective option than IVF. However, the surgery does require abdominal incisions and may increase the risk of tubal pregnancies.

Getting Pregnant After Tubal Ligation Without Surgery

For many patients, getting pregnant after tubal ligation without surgery is a possibility. Another option is in-vitro fertilization. During an IVF treatment, ovaries are stimulated using fertility medications. When ready, the eggs or oocytes within the ovaries are retrieved and combined with sperm to create embryos. The embryos are then placed into the uterine cavity using a specialized catheter for continued growth and development. IVF is highly effective and is indicated for multiple causes of infertility. In addition, as IVF treatment completely bypasses the fallopian tubes, no surgery is necessary.

Whether a patient is a better candidate for IVF or tubal reversal depends on several factors. Some considerations are listed below:

– Ovarian reserve – number of oocytes or eggs available within the ovaries

During your initial consultation with one of our specialists at Houston Fertility Institute, we will walk you through the evaluation process and recommend the best treatment for you.

About the author:
Dr. Jonathan Kim – Director of Medical Education

Dr. Kim received his undergraduate degree from Cornell University in neurobiology before obtaining his medical degree from University of Texas Southwestern Medical School in Dallas. After completing his obstetrics and gynecology residency training at Parkland Memorial Hospital, where he was awarded “excellence in reproductive medicine,” he underwent fellowship training in reproductive endocrinology and infertility at UT Southwestern Medical Center.

Prior to joining Houston Fertility Institute, he has done extensive research in the role of obesity on the hypothalamic-pituitary axis. In addition, he has co-authored multiple descriptive surgical videos in minimally invasive and reproductive microsurgical techniques. His work has been presented at national meetings and published in peer-reviewed journals. Dr. Kim is an active member of the American Society of Reproductive Medicine, American College of Obstetrics and Gynecology as well as the Society for Reproductive Endocrinology and Infertility.

Having a baby is life goal shared by many women. In fact, for most the question is not whether they will have a ch… Read More

Having a baby is life goal shared by many women. In fact, for most the question… Read More

Having a baby is life goal shared by many women. In fact, for most the question… Read More

Female infertility can come in different forms. Sometimes women will need to deal with the viability of their eggs … Read More 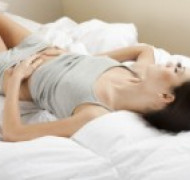 Aspire Houston Fertility Institute meets every family where they are. As part of our commitment to improving the fertility journey every step of the way, our blog offers patients a treasure trove of information about fertility health and wellness as well as important announcements from our team. Check back frequently for the latest news and insights from Aspire Houston Fertility Institute.

Built by patients, for patients

Contact us today if you’re ready to take the next step in your fertility journey.